Lucky charms have been used through the ages to grant their wearers favourable fortunes and success in their endeavours. For millennia, tiny trinkets such as gemstones, amulets, carved wood and metals with deep symbolic representations have been held dear, especially during turbulent times – to help brace for storms of hardships or brave through long, treacherous journeys.

These days, superstitions play less of a role in our daily lives. However, lucky charms are whimsical decorative adornments that can still add sentimental value and strong symbolism and meaning to the person wearing it.

When bought or gifted with a special purpose, these charms take on whatever symbolism the wearer places on them. Let’s take a close look at some of the most popular symbols of luck, their histories and meanings before you choose to add them to your charm bracelet. 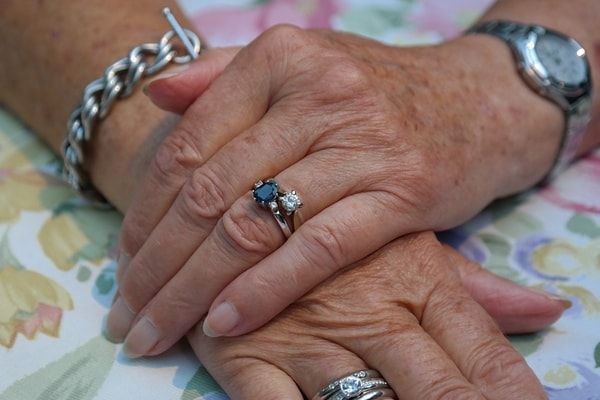 Gemstones are said to have special properties that influence the lives of those who wear them. Different stones are believed, even today, to each influence their wearer in a particular way and should be chosen in order to take advantage of these presumed attributes. While we can’t guarantee that an emerald or amethyst will drastically change your life, we can attest to the fact that coloured gemstones make beautiful jewellery; their history and mythology adding deep meaning to your jewels. Learn all about the symbolism behind gemstones. 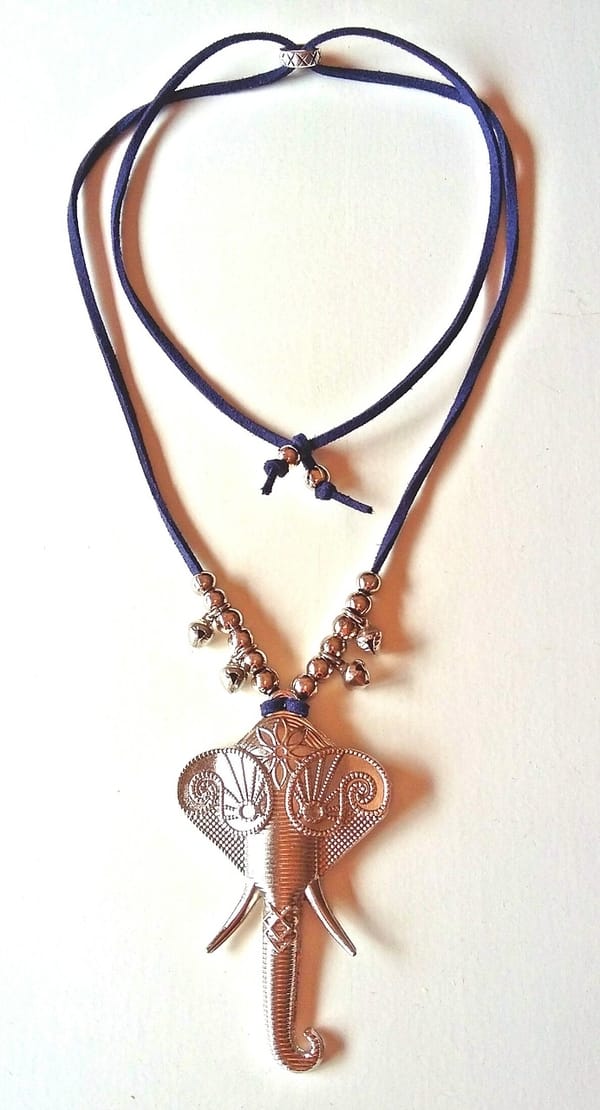 The wise and regal elephant has long been considered to reflect positive personality traits such as power, strength, patience and intellect. In Asia, owners of businesses keep elephant statues near the entrance of their premises to encourage good fortunes and banish the ill will of others. Similarly, in homes, elephant statues are said to encourage success, wisdom and harmony. For these reasons elephants have made their way into charm jewellery and make for impactful bracelets, cuffs, necklaces and earrings, reflecting the strength and wisdom of their wearer.

Though it’s not clear when this superstition originated, the four-leaf clover is a ubiquitous symbol of luck, often associated with the Irish. A reason it is believed to bring good fortune is that finding a four-leaf clover is extremely rare. The plant usually produces three leaf clovers and the odds are that only one in 10,000 clover leaves will turn out with four leaves. People of Celtic origin used to think that the four leaf clover helped them stay away from the mischief created by fairies, which was thought to be one of the main reasons for experiencing bad luck. Today, this beautiful shape can be found hanging from gold chains or attached on a charm bracelet. 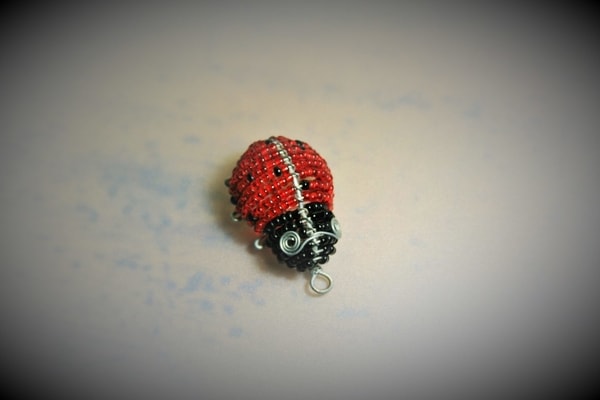 Ladybugs are known as good luck charms across cultures all over the world. If one happens to land on you, don’t brush it off. Legend follows that by leaving the ladybug on your person your fortunes will take a turn for the better. Belgians believed that unmarried women would be married soon if a ladybug happened to sit on their hand. These bugs were also said to indicate a good harvest when appearing in large numbers and farmers considered spotting them an extremely good omen. Wearing a ladybug charm or gifting it to a friend or partner is a great way of wishing them prosperity and good fortune. 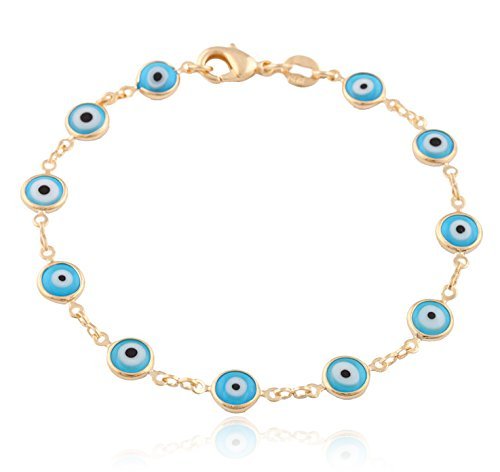 Not so much a good luck charm as a protector against ill fate, the evil eye charm is worn to protect its wearer against the famous ‘evil eye’. This is the ill will that is conveyed through a look that is believed to result in back luck, sickness or injury or some form of physical or emotional pain. The evil eye superstition exists in many cultures across the world, including India and Turkey where great lengths are taken to avoid this malicious gaze. Luckily, the charm does not look sinister like its symbolism. It is beautiful and bright and makes fabulous jewellery. 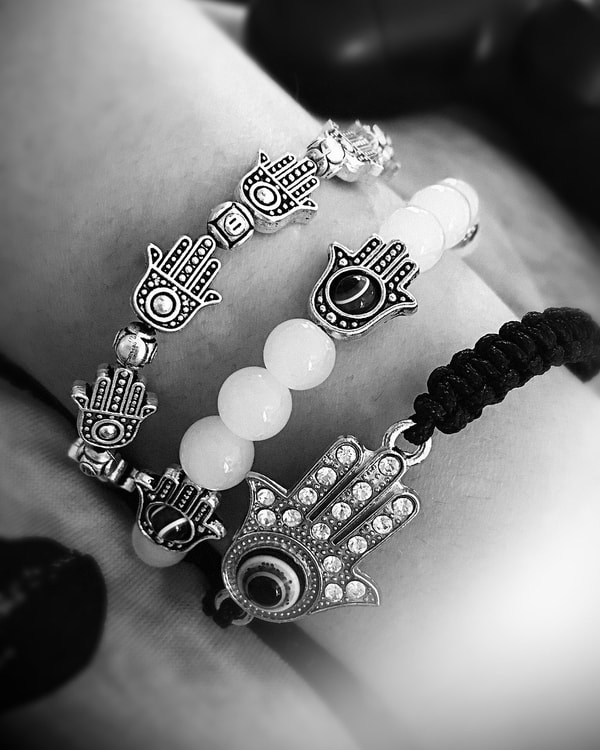 With its roots tracing back to ancient Mesopotamia, the Hamsa is a symbol characterised by a hand shape and it has been known to symbolise protection throughout the ages. This luck symbol was extremely popular in the Middle East and North Africa where it was used in amulets and jewellery or to decorate the walls in hung depictions. Today, it’s seen all over the world in prints, jewellery and charms. The Hamsa is worn as a plain outline in metal or embellished with precious stones in colourful designs. 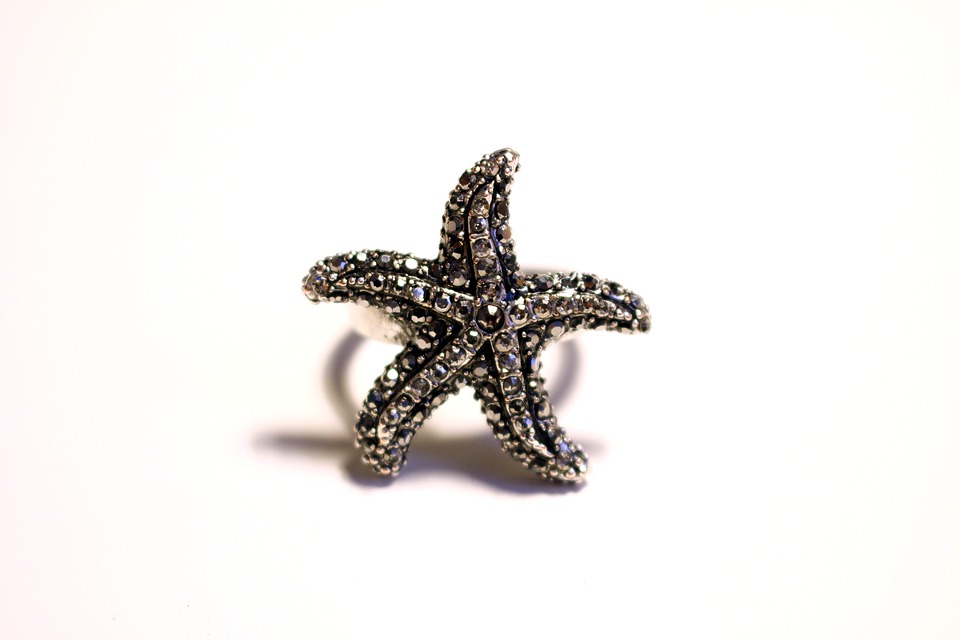 Besides being an enthralling sea creature to behold in its natural habitat, the starfish also has some pretty special symbolism, not to mention it is an outstanding choice for a good luck charm because of its naturally pleasing silhouette and versatility in jewellery. According to legend, the starfish is said to be a star fallen from the sky into the sea. The sea creature is thought to represent a pure and unselfish love as well as embody other good emotions and traits such as vigilance, intuition and inspiration. 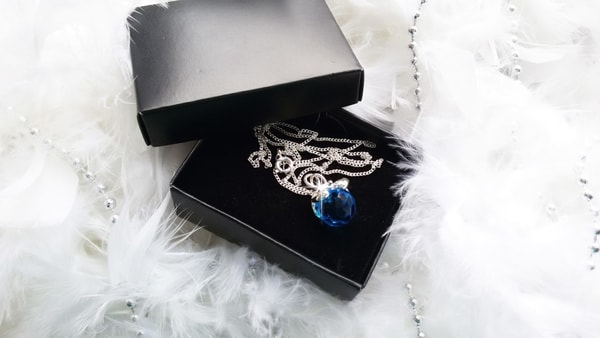 While gemstones are all said to have their specific powers and influences, zodiac birthstones are thought to be a more nuanced way to positively influence your life, character attributes and personality. These precious gems, ranging from peridot for Leos and diamond for Aries, to sapphire for Virgos and garnets for Capricorns, are supposed to be representative of your sun sign and worn to have the maximum positive effect on your life in accordance to your inherent traits and characteristics. Read all about zodiac gemstones and how they may influence your life in this in-depth article on zodiac gemstones.

Whether it’s a need for fortune, a reminder of overcome hardship or a symbol of love from the person who has gifted it – lucky charms is talisman we can all appreciate for their beauty and what they stand for.